A renowned historian considered an authority on the role of African Americans in the Civil War will speak at a presentation scheduled in June on the campus of Fayetteville State University. 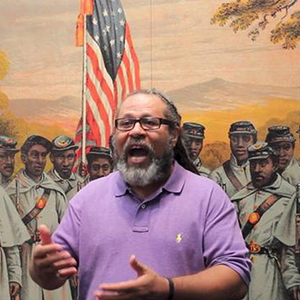 Hari Jones will discuss "How the Civil War Made America Great" in the Rudolph Jones Student Center on June 19 at 7 p.m.

The date is also known as "Juneteenth," or Freedom Day, to commemorate the abolition of slavery in Texas, which happened June 19, 1865, according to a release from the N.C. Department of Natural and Cultural Resources. The date has also become recognized with the emancipation of enslaved African Americans throughout the South.

The presentation is sponsored by the N.C. Civil War & Reconstruction History Center, which is to be built at the site of the remains of the Fayetteville Arsenal.

To read more about the event read the article published in the Fayetteville Observer. 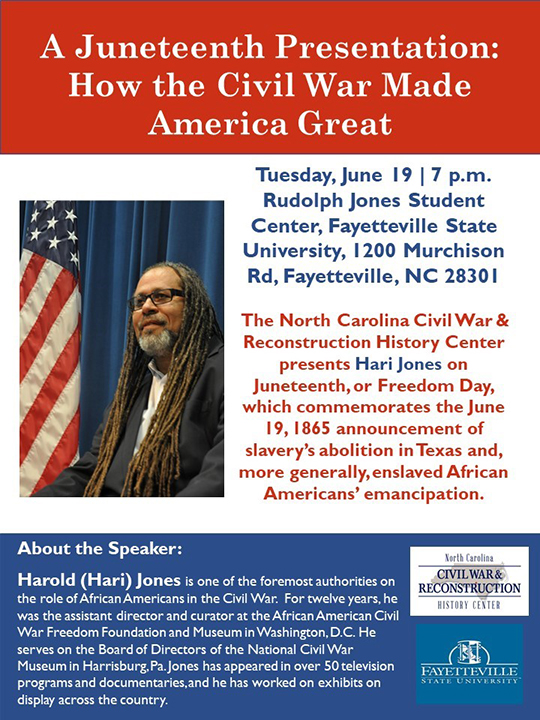