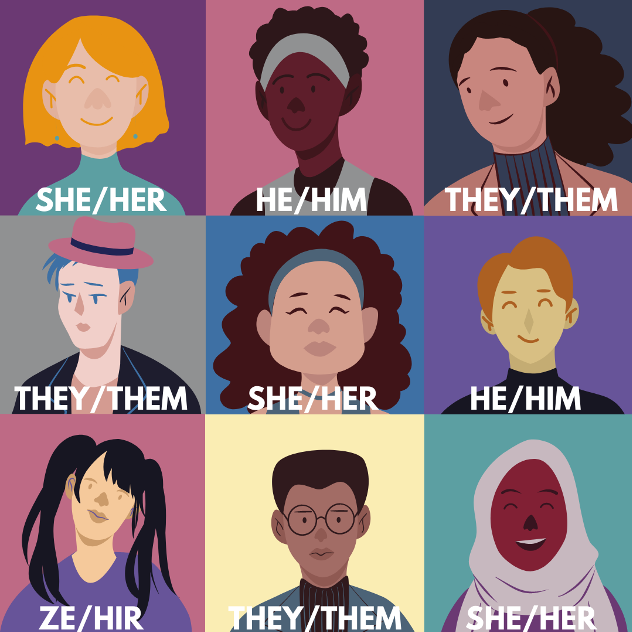 What are Pronouns? Why Do They Matter?

A pronoun is a word that refers to either the people talking (I or you) or someone or something that is being talked about (like she, it, them, and this). Gender pronouns (he/she/they/ze etc.) specifically refer to people that you are talking about.

Words are powerful language tools that help us convey meaning and connect. We use words to communicate, characterize, and describe everything around us. Nothing may be more personal than the words people use to refer to us through our names and pronouns.

A gender neutral or gender inclusive pronoun is a pronoun which does not associate a gender with the individual who is being discussed.

Some languages, such as English, do not have a gender neutral or third gender pronoun available, and this has been criticized, since in many instances, writers, speakers, etc. use "he/his" when referring to a generic individual in the third person. Also, the dichotomy of "he and she" in English does not leave room for other gender identities, which is a source of frustration to the transgender and gender queer communities.

What are some commonly used pronouns?

She/her/hers and he/him/his are a few commonly used pronouns. Some people call these "female/feminine" and "male/masculine" pronouns, but many avoid these labels because not everyone who uses he feels like a "male" or "masculine."

There are also lots of gender-neutral pronouns in use.

We've included a few of our favorite resources for you to explore:

Tips for Talking About Prounouns

All information was adapted from the above sources.

Similar assistance and resources are available for employees.