All FSU and Cumberland County students get in for $5.00

One nation's largest collection of African-American magicians and comedians to assemble on one stage, the Heart and Soul of Magic features renowned comedians and magicians Ran'D Shine, Jamahl Keyes, Kid Ace and the Hip Hop Juggler (Paris). Their show combines upbeat and hilarious music, audience participation sleight of hand and psychological illusions that will have one questioning reality in an intimate space.

The Heart & Soul of magic is an unforgettable show that audiences of all ages can enjoy. Throughout the show audience get to participate, objects will appear and disappear. Adults' minds will be blown and children will be amazed.

Each artist has been featured on television and headlined numerous shows around the nation, respectively.  Shine, who was American College Personnel Association (ACPA) 2016 Magician of the Year, has appeared on the CW show Penn & Teller Fool Us, and in television commercials, music videos, movie promos and was featured in the Magic Magazine for Magicians & Mentalists. Keyes has been seen on NBC, TNN, FOX, ABC, CNN and more. Ace, appears on Netflix. Paris appeared on NBC and PBS.

When Philadelphia native Shine informed friends and family he was leaving Drexel University, where he was pursuing a doctorate in public health, to become a professional magician, the news didn't go over well. "They all thought I bumped my head and went crazy," Shine said, who compares the announcement of his decision to saying that he's, "going to run away and join the circus."

Today, Shine is the face of the new millennium magician. He wowed audiences with his brilliant presentation at the 44th Presidential Inauguration in Washington, D.C as well as Cape Town, South Africa and other locations around the world. As one of the most sought-after college performers he has also captured the imaginations of audiences from Hollywood to New York City for more than a decade. He is a self-proclaimed historian and 'educator of magic.' He has lectured on campuses throughout the United States as well as military bases in Japan, Guam, and Korea. Remarkably, he also finds the time to give back to his most adoring fans as a fixture at numerous hospital wards where he entertains children with terminal illnesses.

Keyes, of Indianapolis, began in magic and comedy when his mother, a teacher, gave him a book on magic when he was eight, hoping to spark a love of reading. He started your very serious performing magic, but when everyone laughed at everything he did, Keyes went with it. He now combines theater, dance, comedy, music and spectator involvement for a memorable show. His act includes incredible mind-reading, moving objects with his mind, hilarious audience participation and much more.

Ace, a magician/illusionist from Harlem, N.Y., was shown his first magic trick at age 12 by his theater director. He was hooked. Since then he has toured the world and has appeared on television numerous times. He combines multiple elements of hip-hop culture when performing, such as hip hop music and fashion.

Given the nickname "The Hip Hop Juggler" by Today's Al Roker, Paris, of New York City, has dazzled audiences with his brand of juggling for over a decade. His combination of style, interactive stunts, witty comedy, and world class juggling talent has established him as a standout in the profession. In addition to bringing his talents to the Today Show, Sesame Street, and The White House, Paris has also gained critical acclaim for his juggling instruction, teaching at hundreds at conventions, corporations, and training world famous illusionist David Blaine for his "Electrified" stunt that was performed live in New York City. 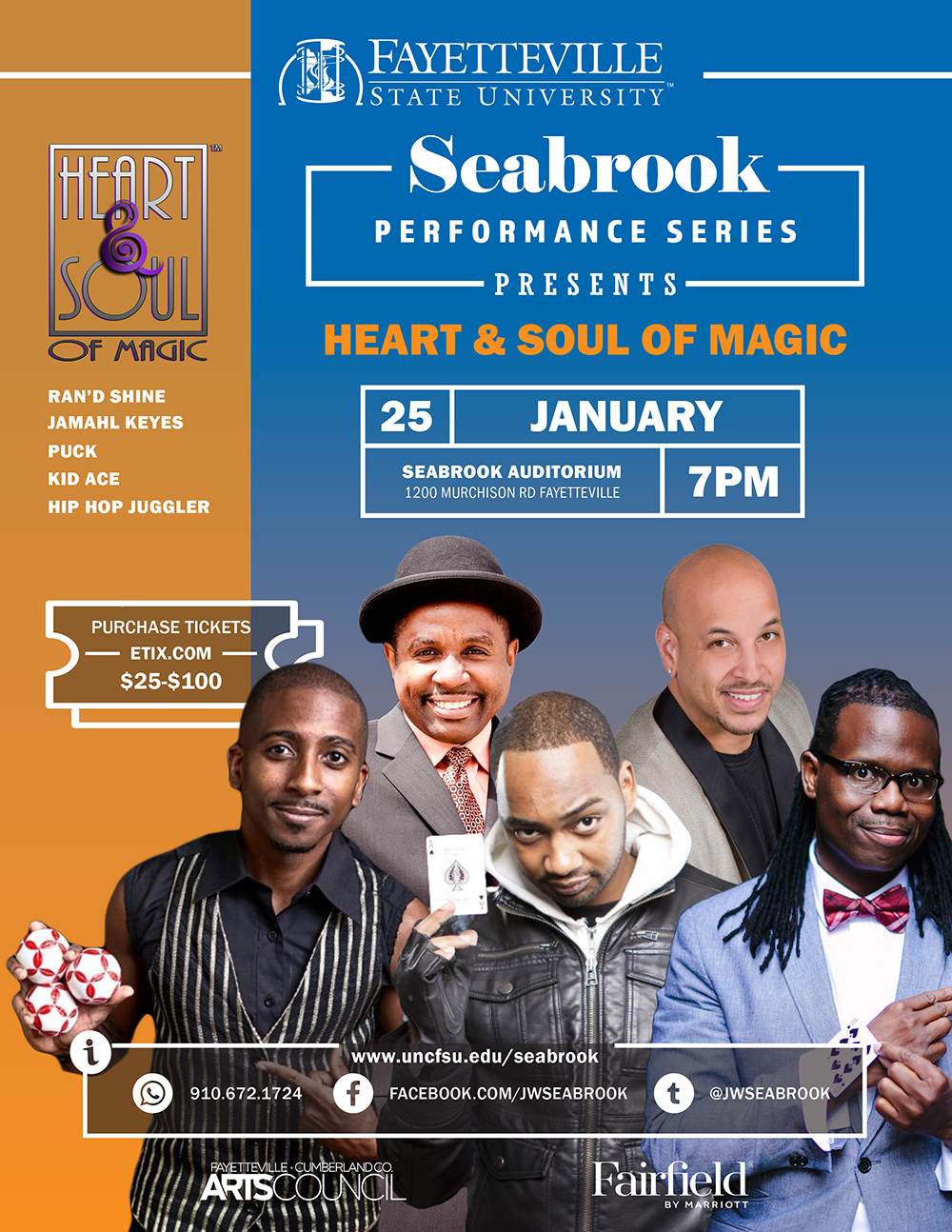