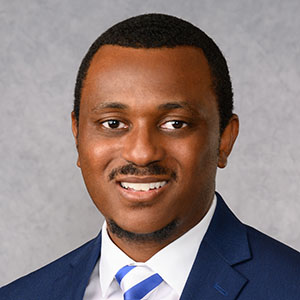 Chris Davis previously worked at other institutions in the University of North Carolina System and has a reputation for garnering needed support for those schools. "We are extremely pleased to welcome Chris Davis to our team. I am confident that he will have equal success at FSU and will work in collaboration with our university community to provide priority support for the University," states Harriet F. Davis.

Chris Davis, a native of Fayetteville, NC comes to FSU with a decade of experience in various areas of higher education fundraising. Prior to his new role at FSU, Chris Davis served as Associate Director of Development with the University of North Carolina at Chapel Hill College of Arts and Sciences Foundation. During his tenure, Chris Davis was able to help raise millions to support several initiatives across campus. In addition to his duties as a major gift officer, he managed development efforts for the Department of Exercise and Sport Science, six Global Area Study Centers and the Office of Study Abroad within the College of Arts and Sciences.

At FSU, Chris Davis will manage development operations and advancement services areas of the division while also assisting the Vice Chancellor in the design and execution of fundraising planning and management. He will also work in collaboration with key university constituents.