Dr. Abdelmajid Kassem, professor and chair of the Department of Biological Sciences at Fayetteville State University (FSU), published an article in Scientific Reports, a high-impact journal with an Impact Factor (IF) or 4.122 and is published by the famous Nature Group that produces Nature, Nature Genetics, Nature Biotechnology, among other journals. 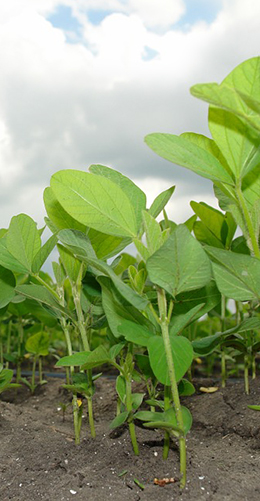 IF is a measure of the frequency with which the average article in a journal has been cited in a particular year. It is used to measure the importance or rank of a journal by calculating the times its articles are cited.

In this article, the authors characterized the soybean (Glycine max) Serine HydroxyMethylTransferase (GmSHMT) gene family that is involved in the resistance against soybean cyst nematode (SCN). In addition to plants, this gene family is also present in animal lineages. SCN is a soybean disease that devastates soybean plants and causes soybean production losses of more than $1 billion and costs growers more than 128 million bushels annually in the United States only. This study and others by Kassem and his collaborators aim at finding and characterizing genes involved in the resistance to SCN.