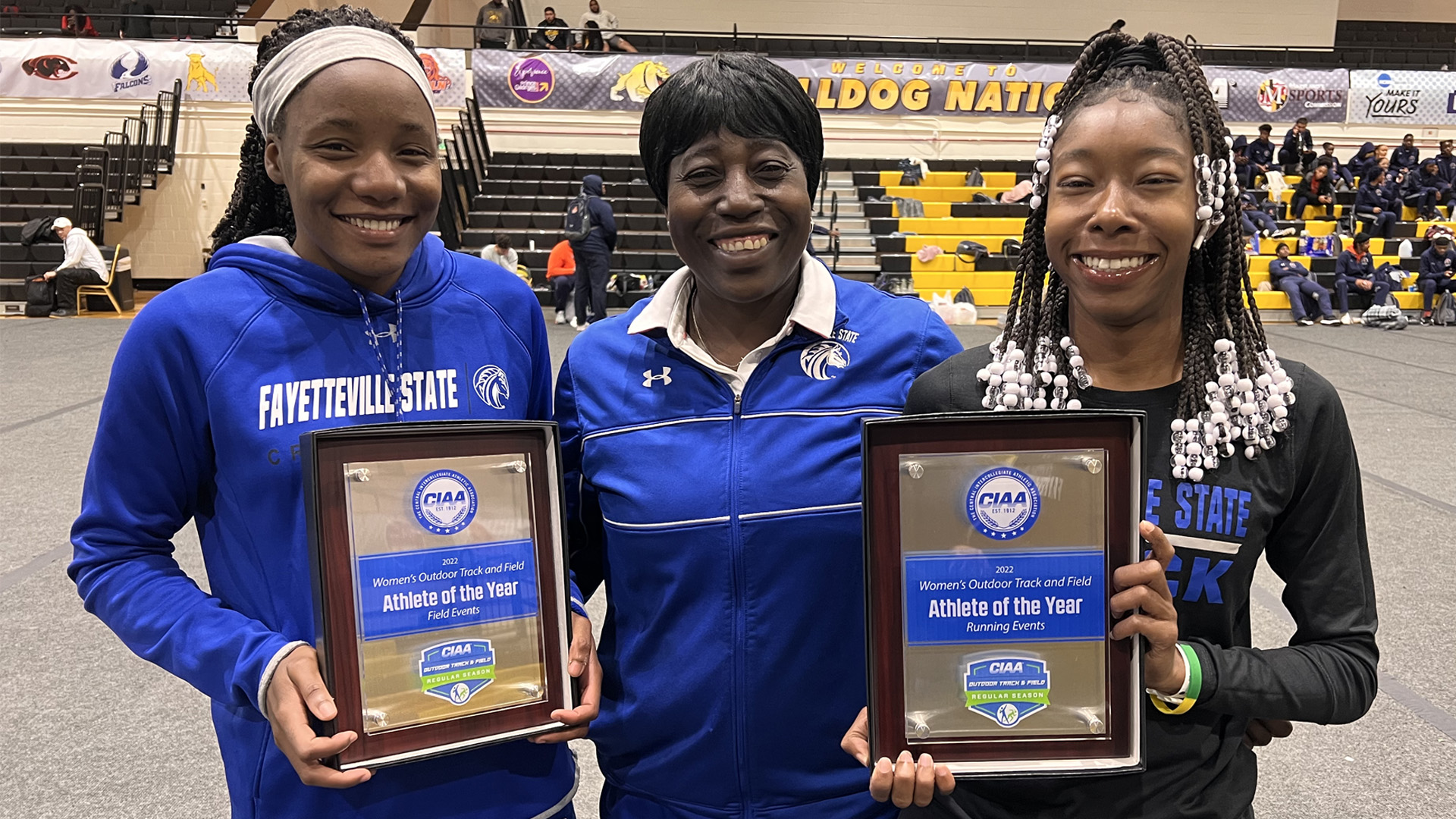 The deciding factor for the Broncos came down to the results of the final 4x400 relay race. Queen Burnett, Mya Johnson, Teanna Bell, and Jessica McQueen make up the relay squad that helped lift the Broncos to a championship title as they grasped first place in 3:55.18 seconds to tie the final score. The coaching staff nodded at their team's resilience and fortitude towards their championship finish. "We [overcame] a 22.5-point lead, for them to come back like that, shows us the depth that we have and the willpower that our athletes have which is phenomenal," said Head Coach Inez Turner.

The women concluded the first day of the championship weekend at the top of the results logs in second place with 36 total points. M'Smyra Seward and Shania Ingram (Field Athlete of the Year) earned first and third place in the long jump with 5.84 and 5.53-meter marks, respectively. Bianca Belfon and Kristina Moore also posted top-ten finishes for the women's long jump. Kyra Webb captured fourth place in the women's javelin throw by clearing a distance of 29.74 (97' 77") meters. Mercy Chemutai and Brenda Cheboi cruised through the 1500-meter run finish line just seconds apart to tab fifth and sixth place finishes in 5:12.22 and 5:12.37 seconds, respectively. On the final day of championship weekend, the Broncos earned 113.5 points including ten top-three finishes and the top podium in two events. Johnson, CIAA Track Athlete of the Year, captured the top podium in the 400-meter hurdles with a 1:02.64 second finish. Micah Bernard followed closely in third place crossing the finish line in 1:06.81 seconds. Johnson also seized second place in the 100-meter hurdles with a 14.40-second performance. Bell, the third leg of the relay squad, captured second place in the 400-meter dash cruising through the finish line at 59.43 seconds. Lead leg of the relay squad, Burnett grasped second and third place in the 100-meter and 200-meter dash with 12.10 and 25.09-second performances, respectively. Chemutai occupied fourth place for the 3000-meter run closing the race in 11:39.96 seconds. Seward finished second in the triple jump with a hop-skip and jump of 11.65 meters. Claiming third place, Belfon posted a hop-skip and jump of 11.27 meters. Webb claimed third place in the discus throw marking 37.01 meters.