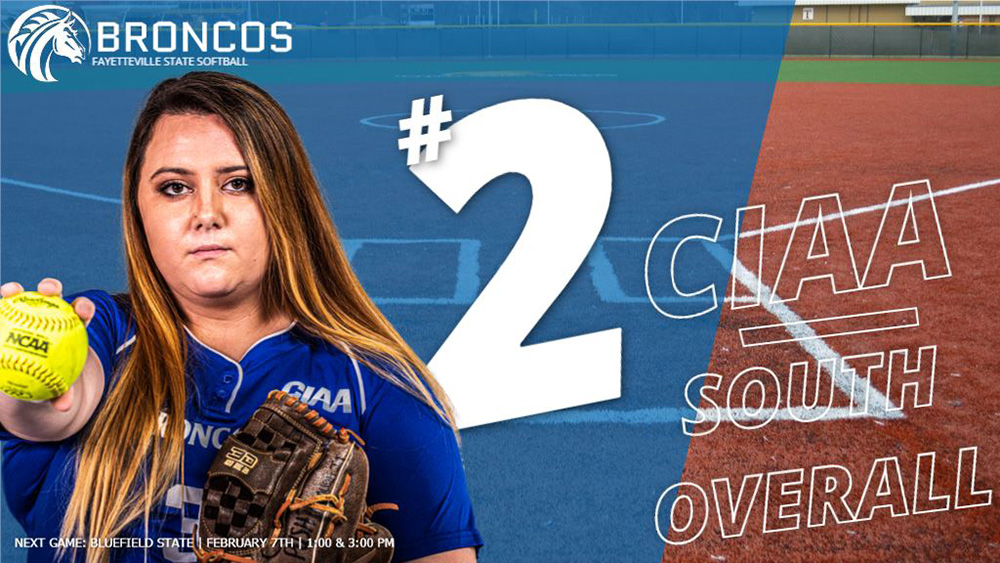 The Broncos finished the 2019 season 9-9 in conference play and 6-6 in the division. FSU qualified for the championship tournament where Fayetteville State defeated Elizabeth City State 9-0 in its second game before elimination.

Fayetteville State is expected to propel past the fourth-place divisional finish of last season to second-place behind Claflin; who is predicted to win it all. Johnson C. Smith sits in the third spot with Winston-Salem State, Shaw, Saint Augustine's, and Livingstone rounding out the rankings.

FSU will open the 2020 season on Friday, February 7th at home with a doubleheader against Bluefield State at 1 and 3 pm. All of Fayetteville State's home games will be played at the Lamon Street Park near downtown Fayetteville. The Broncos will return to action again on its home field on Sunday (Feb. 9) against Converse with a 2 and 4 pm doubleheader.