The Fayetteville (North Carolina) State Marching Bronco Xpress, on the strength of its performances in drill and design and musicality, came out atop the latest edition of the ESPN/The Undefeated Band Rankings. 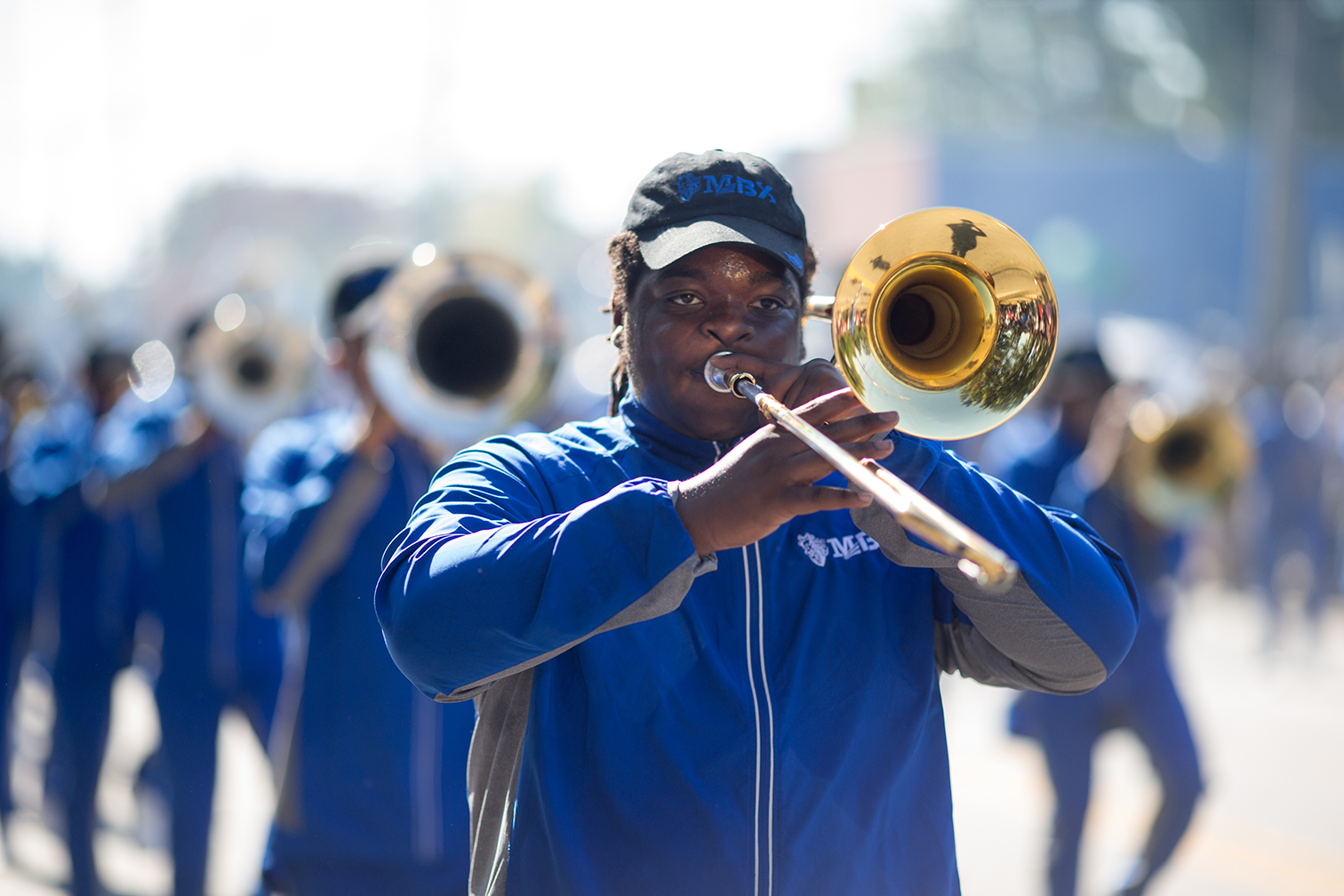 Fayetteville State replaces the Miles College Purple Marching Machine, which had been the top Division II band for two straight rankings. The current version, the fourth installment for this season, covers Oct. 15 through the homecomings of Nov. 3. The Marching Bronco Xpress will put its pride on display this weekend when the football team plays Bowie State in the CIAA championship game in Salem, Virginia.

"We work hard on the smallest of details and set a standard of excellence for practice physically, musically and academically with energy and teamwork," said Donovan Wells, director of bands at Bethune-Cookman. "We aggressively attack our weaknesses while standing on our strengths.

"We strive for a high level of consistency from one performance to the next. Not just having a great performance, but can you have a great performance every time? Lastly, I must motivate, agitate, lift you up or even tear you down to get the very best from everyone, including me, no exceptions."

Read the original article and rankings.