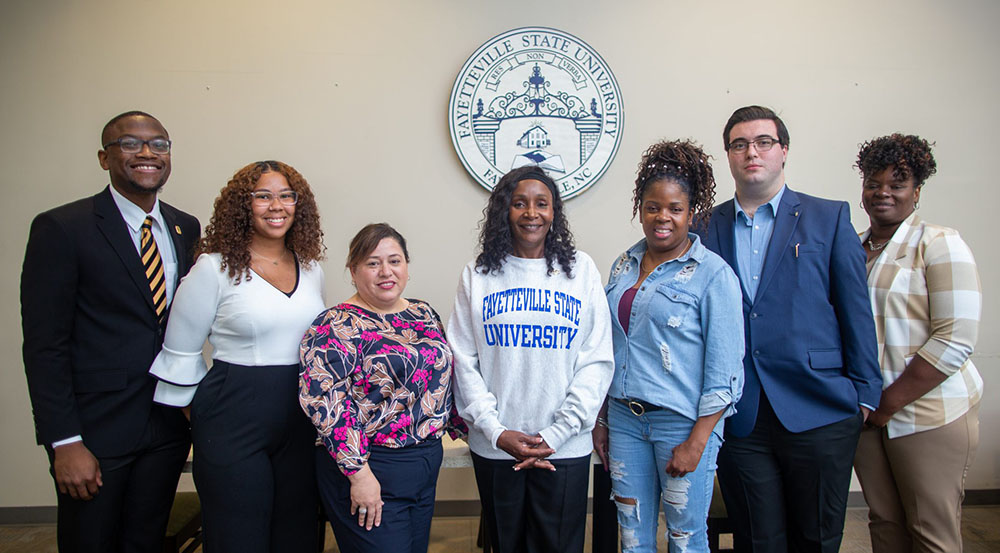 Fayetteville State University (FSU) has been named 68th on the Military Times’ ‘Best Bet for Vets’ list, the highest-ranked institution in the University of North Carolina system. An impressive nationwide pool of 500 universities completed a comprehensive survey consisting of 150 questions aimed at understanding university operations tailored to former service members and their families.

“A shining example of FSU’s successful military alumna is Michele Jones. CSM Jones is a leader who reaches back and gives to our students through viable guidance as they continue to serve our country and attend school” says, Siobhan Norris Associate Vice Chancellor for Military Affairs.

Jones is the First female Command Sergeant Major in the United States Army Reserve, President & CEO of Bones Theory Group, LLC, and was appointed under the Obama Administration as a member of the Senior Executive Service from July 2009-December 2012. During a recent campus visit, Command Sergeant-Major Jones shared her inspirational wisdom with students, faculty, and staff.

“It is an honor for FSU to receive this accolade. We pride ourselves on recognizing the robust active military, military family, and veteran population in Fayetteville, NC, and surrounding communities.  Command Sergeant Major Michele Jones success is a testament to this,” stated Chancellor Darrell T. Allison.