Afros, bell bottoms and platform shoes is the encouraged attire for anyone planning to witness We Were Funky Live!, a new musical presented by Fayetteville State University’s (FSU) Seabrook Performance Series (SPS), 7 p.m. on Oct. 21th in J.W. Seabrook Auditorium on the FSU campus.

We Were Funky Live! is a spectacular, funktastic, live stage musical revue and celebration of the funk, r&b, and disco music of the 70's, 80's, and 90's. The show offers a glimpse into the rear-view mirror, when it was all about real live music, with real live instruments and gifted musicians and artists, who created a musical movement that rocked the world. A musical stage adaptation of the soon to be released We Were Funky documentary, We Were Funky Live! features the choreography of Heather Hayes, daughter of the late legendary soul singer Isaac Hayes, and the music of some of the greatest artists that ever lived. Some of those artists include: Earth Wind and Fire, Donna Summer, K.C. and the Sunshine Band, Gladys Knight, Michael Jackson and more, all while various scenes play out on a giant eight-foot LED screen.

Among the songs to be performed are: In the Stone, Boogie Wonderland, Bad Girl, Want Ads, Mr. Big Stuff, I Love the Nightlife, Rock the Boat, One Nation Under A Groove, Let's Groove, Serpentine Fire, That's the Way I Like It, Bennie and The Jets, Celebration, Let's Get Serious, There'll Never Be, Sexual Healing, When Doves Cry, Upside Down, All Night Long, The Bird, Midnight Train to Georgia, Love Train, Staying Alive, Billie Jean, Jump, Lady Marmalade, Signed Sealed Delivered, Superstition.

The setting of the show takes place in Atlanta, in the fictitious Omni Theatre, named after the defunct Omni coliseum, a venue that hosted many 70's and 80's Funk/R&B concerts. A stagehand is desperately trying to give the audience a peek at his hidden talents, but the cast refuses to let his character in the show. The stagehand is played by Harry Nixon, the first mascot for the NBA Atlanta Hawks, who incidentally used his name to create the Harry The Hawk mascot.

Atlanta's own The Maxx Band, a group of veteran musicians with 30-plus-years in the funk, soul, disco, R&B, Rock and Pop music scene of the South. The group delivers a full gold and sequined, leather and lace, decadent live band experience, complete with a full horn section, skin-tight background vocals, and authentic choreography that defines this true American art form and global phenomenon called FUNK.

Tickets costs $20 to $75. To purchase tickets, visit: http://bit.ly/2NX3LIu. For information on all Seabrook Performance Series events, follow us on twitter: @jwseabrook or facebook.com/jwseabrook. 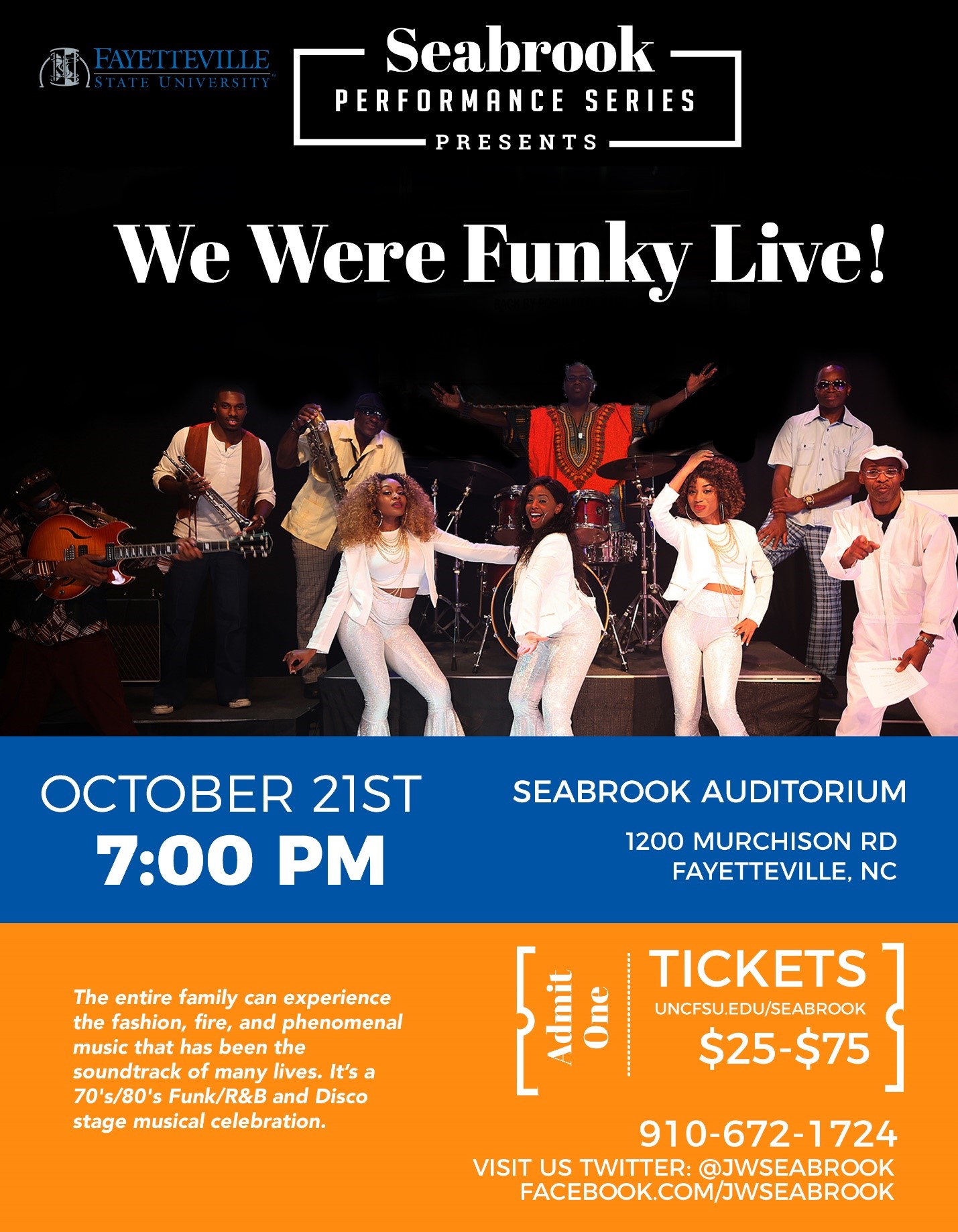