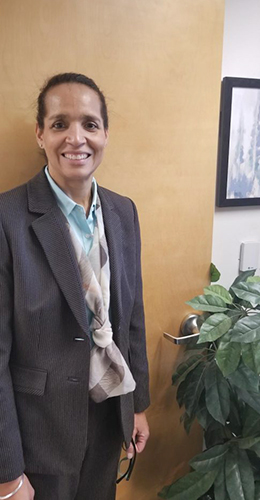 Gordon will be honored at an awards dinner on April 12, at North Carolina Central University. This marks the second-consecutive year that an FSU employee has received the award. Dr. Brent Lewis, Director of Cultural Programs and Safe Zone at FSU, received the award in 2018.

Gordon, a retired Army Colonel, received a Bachelor of Science in Nursing from the Medical College of Virginia and later earned her Master of Science Degree as a Critical Care Clinical Nurse Specialist from Duke University.  She also completed a Post Certificate Degree as an Acute Care Nurse Practitioner from Duke University.  In March 2017, Gordon completed nearly 30 years of active duty service as an Army nurse.