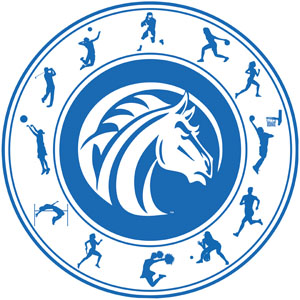 Fayetteville State University Athletics and the FSU National Alumni Association has initiated a virtual homecoming "Bronco Pride Cannot be Tamed" fundraising campaign to counter an estimated $100,000 budget loss from the inability to generate revenue from football ticket sales, concessions and tailgating due to the continual impact of the COVID-19 pandemic.

The Department of Athletics has already made considerable adjustments to its daily operations due to the lack of funding; however, there is a need of assistance to continue the vital functions to support more than 200 student-athletes and provide championship level experiences.

"Our student-athletes have set a standard of exceptional achievement in both academics and athletics, through these days of challenge and triumph," said Director of Athletics Anthony Bennett. "They are trying to adapt to their new normal and the postponement of the Fall seasons."

Fayetteville State University alumni, fans, and supporters are being asked to show their pride for the university and its athletic programs by donating via ritual homecoming activities. Virtual items and activities such as concessions, car washes, game tickets, paraphernalia items, parties, tailgate spots, program advertisements, scholarship funds, homecoming outfits, hotel stay, and public address reads are levels of sponsorship with options to select multiple items to reach the donor's level of giving.

The Fayetteville State University 2019-2020 athletics season came to an impromptu end when the pandemic impact forced the Broncos to suspend all athletic related activities on March 12th.

Prior to the mass cancellations, FSU captured four out of the seven Central Intercollegiate Athletic Association (CIAA) sponsored championships.

The women's cross-country program set the tone for the year with its third consecutive championship title on October 24th at the Green Hill Park in Salem, Virginia. The Broncos placed five scorers (who all earned All-CIAA accolades) among the top 15 runners.

Mercy Chemutai was named the CIAA Women's Cross-Country Female Athlete of the Year. Head Coach Inez Turner has been the recipient of the Coach of the Year honor for the past three seasons.

Da'Nesha Miller was named the Championship Most Valuable Player. Casandra Watson, the CIAA Rookie of the Year, was also named to the CIAA All-Tournament Team as well as Jessica Williams. Jasmine Jacinto was named the Defensive Player of the Year. Chynna Hunt and Miller were honored to the All-CIAA First Team while Xiamana Spikes made it to the Second Team. Watson and Spikes were also named to the All-Rookie Team. Head Coach Reeshemah Johnson was named the Coach of the Year for the second consecutive year and fourth time in her coaching career.

The women's basketball team claimed its fourth CIAA title and third since 2001. The Broncos went undefeated against divisional opponents for its third CIAA Southern Division title in four years.

Katisha Hyman and Aminata Johnson were named to the All-CIAA Team and Shenell Davis to the All-Rookie Team. Hyman was also named the Tournament MVP and Shantel Bennett received the Championship's Food Lion Player of the Game award. Both had seats on the All-Tournament Team.

The men's basketball team achieved its first 20-win season since 1992-93 and finished as the Championship Runner-Up in the CIAA Basketball Tournament. Denzel Hosch was honored with the CIAA Lowe's Senior C.L.A.S.S. award and Jalen Seegars was named to the All-CIAA Team.

The Fayetteville State bowling season was cut short with one divisional meet and the championship tournament remaining on the schedule. The Broncos were undefeated in conference play with a 39-0 record and 49-15 overall standing. Four bowlers were name all-conference along with Cecilia Chafin, who was named the CIAA Rookie of the Year. Head Coach Robert "Bobbie" Henderson was named the Coach of the Year for the fourth consecutive season as Fayetteville State captured their 19th Divisional title.