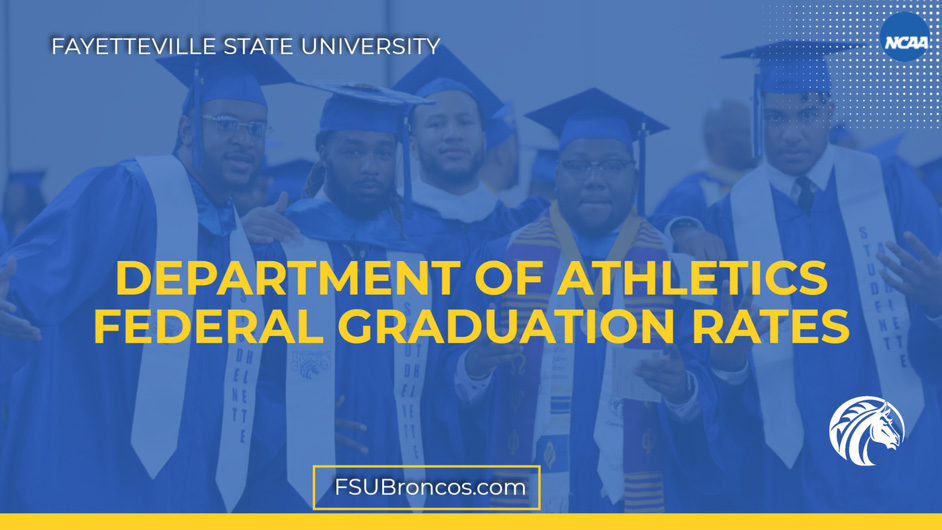 Fayetteville, N.C., (January 12, 2023) – Fayetteville State University has competed for 30 Central Intercollegiate Athletic Association (CIAA) championship titles since 2015 and has won 14 crowns with 16 runner-up titles. Success is on the rise for the Broncos in competition and the classroom with an overall above-average grade point average of 3.11 and 60% of its student-athletes surpassing the 3.0 GPA mark.

The NCAA recently announced the latest Federal Graduation Rates (FGR) for student-athletes who entered Fayetteville State in the most recent six-year cohort (2015-16). The data show FSU student-athletes rank above the overall Division II average in the graduation rate and four-class average.

The Broncos posted an FGR of 71% compared to the overall Division II 59%. FSU also ranks two percent higher than the DII Four-Class Average with 62%.