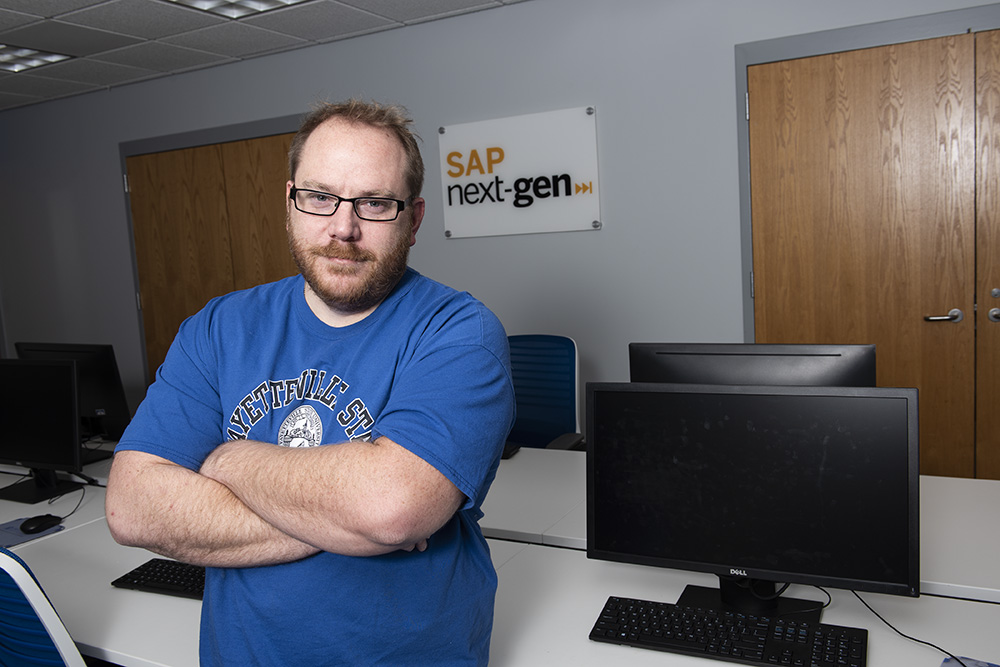 Some opportunities are too good to pass up.

When Andy learned about the SAP certification program through Fayetteville State University's Broadwell College of Business & Economics, he knew it was for him. SAP stands for Systems, Applications and Products, a software program used by top companies and the military to track customer and business interactions.

With a starting salary in the six figures, SAP consultants are in high demand.

After an injury cut his military career short, Andy, 40, had achieved steady success and promotions in corporate jobs. His friends thought he was crazy to leave a secure career to dedicate himself to the intensive 16-week SAP program, plus two weeks of "test-prep" boot camp. He knew, though, it was a "smart risk" - and the GI Bill would pay for his education.

It was the best thing he could have done.

"Something was missing in my former career," says Andy, who has a bachelor's degree in political science. "I didn't want my livelihood to be dictated by the ebb and flow of the economy."

He credits his professor, Dr. Murat Adivar, for an admirable leadership style, keeping the class interesting and challenging, and inspiring the students to succeed.

"This is real. This is tangible. This is a life-changing class," says Andy, who is married and has a daughter in college, along with six rescue dogs.

"If business, finance or engineering students aren't considering the SAP certification program, they're doing themselves a disservice," he says. "It will make them more marketable."

"If you are a good soldier and a good student, you will be on the path to success."

Just weeks after completing the SAP class and passing a stringent exam, Andy landed a functional consultant position for an international company in Atlanta.

FSU changed Andy's life. We can change yours, too.