Each constituent institution of the University of North Carolina System is headed by a chancellor who is the chief executive officer for their institution. The chancellor is responsible for carrying out the policies of the UNC System's Board of Governors and the Fayetteville State University Board of Trustees. The chancellor has wide discretion related to decision-making on administrative, personnel, academic, and budget matters. The Office of the Chancellor provides administrative, organizational, strategic, and compliance services to advance the university's strategic priorities.

I am incredibly proud and honored to have the opportunity to serve as Chancellor of Fayetteville State University. My passion for this position is two-fold. My siblings and I were the first in our family to attend college and we all did so at an HBCU institution that nurtured us, gave us a strong foundation, and prepared us for successful careers. Because of that rich investment I feel compelled to give back in a way that will help build on to the history of FSU and provide more opportunities to our current and future students.

I am often asked about my vision for FSU. It begins with the sincere desire to create an extraordinary impact on this university and provide our students with the best opportunities that will propel them into a successful future. But this vision must be a "we" vision - not a "me" vision. Therefore, this next chapter at FSU can only be built through open dialogue; generating new ideas that helps us all reimagine what FSU could be today and in the future. I am a collaborative leader and believe that we should all be connected to the same goal. I will be intentional to bring you - students, faculty, staff, alumni, and community - into this process.

Based on the conversations I have had with our stakeholders I have initial thoughts on our focus. We have tremendous strengths that we can leverage. We have top caliber nursing, business, sociology, criminal justice, social work programs, and more. Our faculty works hard to make sure they deliver a quality education. Our staff members show up every day in support of our students. Our alumni keep a watchful eye on their alma mater.  Moreover, we have one of the strongest Division II athletic programs in the state where we have competed for 20 CIAA championships over the last 5 years. I strongly believe we have all the elements we need to move full steam ahead to ensure every student has a chance to succeed.

We must look to find ways to strengthen all programs. We will assess, evaluate, and work to become leaders in areas that need our support. For example, I am going to be focused on advancing our work in educating military-affiliated students, where FSU ranks 4th out of 16 within the UNC System constituent institutions. One of my first priorities will be to connect with leadership at Fort Bragg and other military installations to learn about their priorities and see how we can best work together. I think we can be the top HBCU in the nation in educating military-affiliated students.

Our students are the foundation of this Bronco community, and I will work hard to ensure that we are always putting them first in all that we do. As our faculty and staff continue the work of preparing them for their careers, I will do my part to make sure that we have the resources needed to make their success a reality. Significant investment in FSU Career Services will be a must as we work aggressively to create robust paid internship opportunities beginning the second semester of a student's sophomore year, ultimately establishing a strong pipeline through graduation, and as our students enter the workforce.

Further, as part of my commitment to FSU, I plan to make sure our university remains one of the most affordable universities in North Carolina. We all know the impact that student loan debt has on new graduates just entering the job market, particularly with the new challenges brought on by COVID-19. My goal is to secure necessary resources that will make FSU the affordable choice for a high-quality education in the Sandhills region.

I want to be fully connected with the Fayetteville community. My wife, my two daughters and I are very excited about moving to this community and becoming neighbors, tax-paying citizens, and community partners. I know how important FSU is to the community and how important the community is to FSU. FSU provides education, jobs, cultural and recreational experiences to our students and our community. The community provides services, employment, entertainment, and opportunities to our students. Together we create the essence of this community, and, together, we will work towards a common good.

Finally, I will be sharing my ideas and listening intently to all of you. I will incorporate everyone's input and develop an actionable plan to achieve these goals. I look forward to building a better and stronger Fayetteville State University with you. 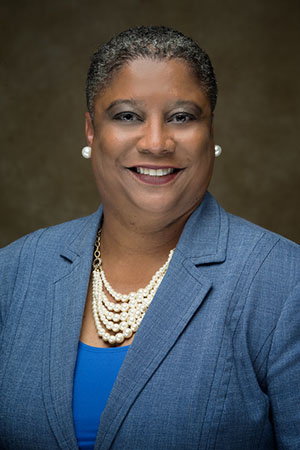 Prior to joining FSU, Dr. Leach served as the Senior Associate Vice Chancellor for Enrollment Management and Academic Affairs at North Carolina Central University (NCCU). She was responsible or leading numerous enrollment management departments. She oversaw a divisional budget of over $144 million which included administering scholarships and student aid.

Leach served at North Carolina State University (NC State) for nearly 18 years in many capacities, holding the positions of Assistant Dean for Academic Affairs and Director of Diversity Programs in the College of Humanities and Social Sciences; Assistant Vice Provost for Enrollment Management; and Interim Department Chair in the Department of Social Work.

Dr. Leach has also participated in a myriad of administrative professional development programs throughout her career, including serving as a fellow for the AASCU Millennium Leadership Institute, 2019-20 and in the Harvard University Women in Leadership Initiative, 2016. Leach received her Bachelor of Science Degree in Business Education from Louisiana State University in Baton Rouge. She earned her Master of Education in Adult and Community College Education, and a Doctor of Education in Higher Education Administration from NC State.
Academic Affairs 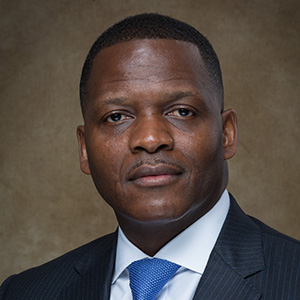 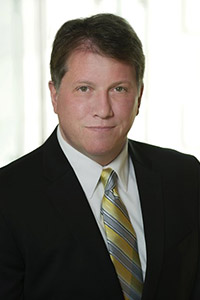 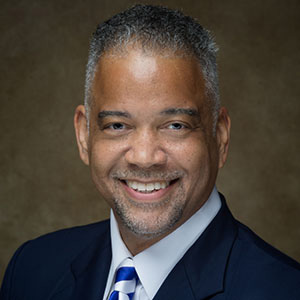 Prior to joining FSU, Mr. Phillips served as Chief of Staff at North Carolina Central University where he provided direction for Title III programming designed to improve and strengthen academic quality, institutional management, and fiscal stability of the university, and provided direction for government-related policies and community issues that support university goals. He has also served as Special Assistant to the Chancellor and Director of Government and Community Relations at North Carolina Agricultural and Technical State University. Prior to that he was elected to the Maryland House of Delegates and served on the House Ways and Means Committee and various other task forces from 1999-2003. Mr. Phillips was named a 2001-2002 Flemming Fellow as well as a 2001 Toll Fellow for embodying one of forty individuals designated as an up and coming young leader of tomorrow recognized for his outstanding achievement and service to state government. 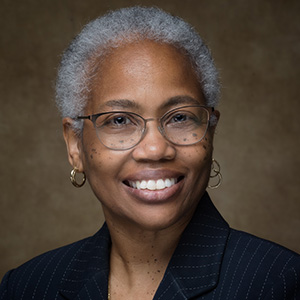 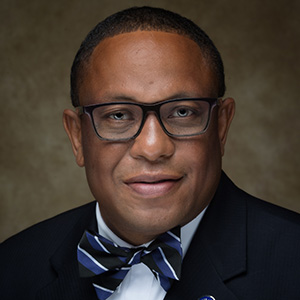 Mr. Bennett has 15 years of managerial experience as an athletics administrator at the collegiate level. Prior to his appointment at FSU, he served as Associate Athletic Director at Winston-Salem State University (WSSU). At WSSU, Mr. Bennett provided oversight of 12 athletic programs, five support programs, and a $4 million athletic budget. Bennett is no stranger to FSU athletics. For five years, he served as Assistant Director for Operations and Athletic Compliance. His duties included oversight of the day-to-day operations of the FSU Athletic Department, coordinating logistics for 10 athletic and special events sponsored by the FSU Athletics Department, and supervision of the sports information staff, athletic trainers, and student academic support staff. He also served as the liaison for FSU and National Collegiate Athletic Association (NCAA) regarding compliance issues, eligibility, and certification concerns. Mr. Bennett is currently responsible for 12 varsity sports programs and more than 20 coaches and assistants. Other duties will include oversight of the department's fiscal resources, insuring compliance with all relevant institutional, CIAA, UNC system and NCAA rules and regulations; and developing, implementing, and continuously updating the Strategic Plan for the department.
Athletics 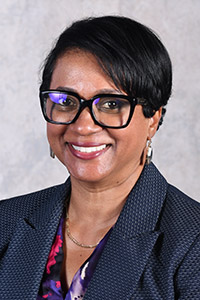 Ms. Hargrove is responsible for the day-to-day administrative and operational functions of the University. She works closely with the Chancellor and the cabinet members to manage the overall operations of FSU, while also providing oversight for the Office of Communications and Human Resources. Hargrove brings more than 25 years in the communications field, 15 years within the UNC System. She recently held a position as the Director of Marketing Communications for the UNC System, where she served as the marketing and communications staffer on the Board of Governors Historically Minority-serving Institutions committee and the Racial Equity Task Force. Previously, she served as Director of Marketing and Communications in the Division of Student Affairs at North Carolina Central University, and Director of Media Relations at North Carolina A&T State University. 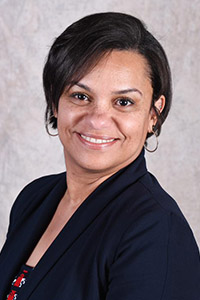 Ms. Watkins is responsible for leading a team of professionals who manage the operations of the Chancellor's office, while providing oversight for the protocols and procedures within the leadership team and assisting Chancellor Allison in the implementation of a new and improved FSU Customer Care program that will be established campus wide. She is also the liaison with the Board of Trustees.

Previously, Watkins served as special assistant to the President of the UNC System and was recently named Director of Presidential Administration and Operations, where she managed the Office of the President. She was successful in reorganizing the direct report structure to create positions for easier workflow, revamped the front office structure to allow for assistance within the departments to cut down on costs of new hires, worked with direct reports on professional development which led to placing temporary employees into permanent positions and the promotion of six of her direct reports. Watkins has successfully served as a special assistant for three UNC System Presidents.

Office of the Chancellor Staff