One of the most important goals for our defense agencies is threat identification. Identifying threats manually is dangerous for our warfighters. It would be better if we were to send in a robot that can identify threats, label them, and then report back with their findings. For this project, our students have to train humanoid NAO robots to identify objects and be able to use natural language to identify these objects. The end goal for this project is for the robot to be scan a scene and then describe what it is viewing.

Students in the Bot Language project: 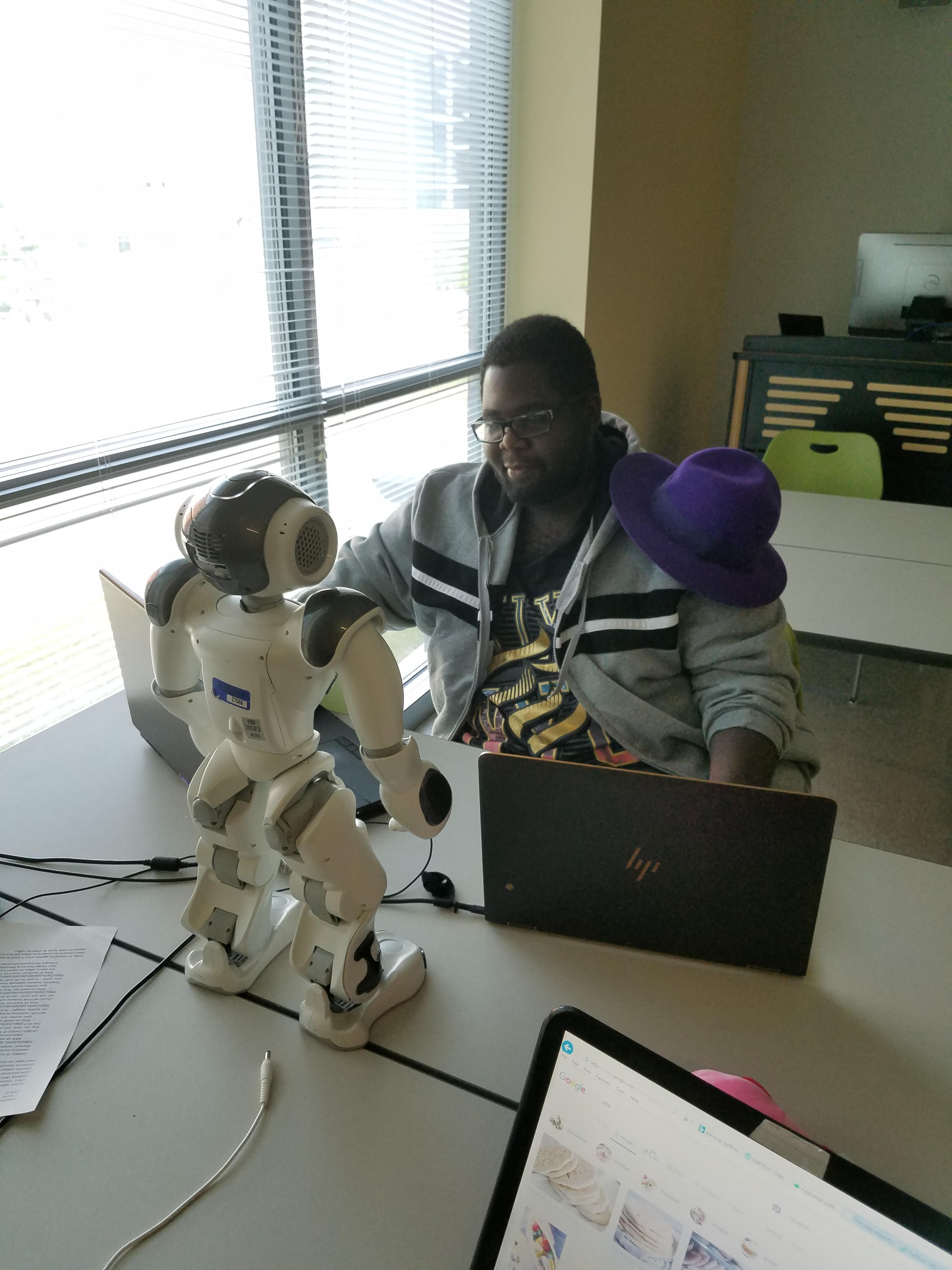 One of our students working with a NAO robot. 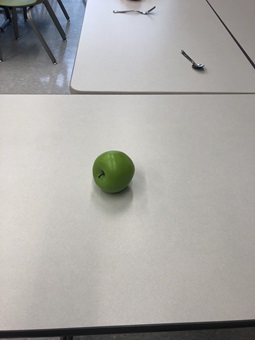 Example of sample objects such as the apple, spoon and fork. 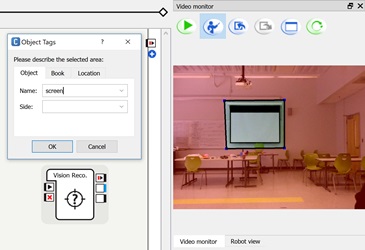 Example of teaching the robot to recognize the screen on the wall.

Funded by the National Aeronautics and Space Administration

NASA has the stated goal of sending astronauts to Mars by 2030. Once the astronauts reach Mars, they will need places to live. Sending the materials to Mars ahead of time is cost-prohibitive. It would be better if we could find the materials in situ. One way to find those materials is to send robots out to look for them. NASA created a competition that explores this idea, by providing schools with 3 robots to program. Each of the robots is to be sent out to look for resources and bring them back to a collection plate. This was a a multi-year project. In 2016, Fayetteville State University won first prize.

Students in the Swarmathon project: